Today is Thursday so here we have a Christmas themed card as this month I have been sent some Christmas dies to work with , so I thought Id start simple and just use one of them and create a card with some sparkle in my favourite Plum foundations card. So here it is and I hope you like it. 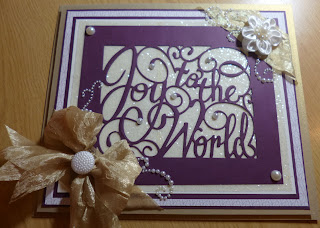 Lots of sparkle and prettiness on this one.


So here we go on how I put it together. 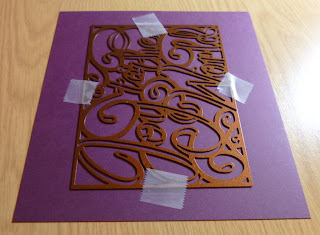 I started with this Joy to the world insert die, It does not have a cutting edge around it so I thought Id use it for the focus with some sparkle peeping through. 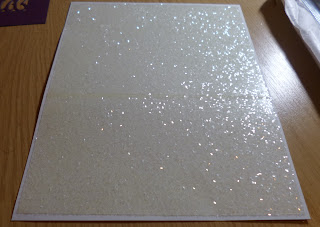 I took some Milk card and added some double sided adhesive and sprinkled on some diamond sprinkles and burnished it in to the sticky paper which I had cut to size slightly larger than the die cut out plum card. 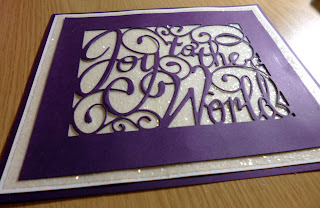 I adhered the die cut to the top and gave the sparkle piece a plum layer to sit on too. Again I wish cameras picked up the crazy sparkle but they never seem too. 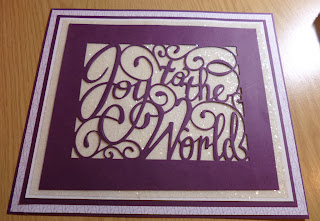 So then I took a piece of paper from last months blossom pad , which had a very small and fine pattern but in the same plum tone and used that as another mat and plum card again for its matching layer. So we have the basics of this very simple card already put together so now to make it prettier with some aesthetics haha.. 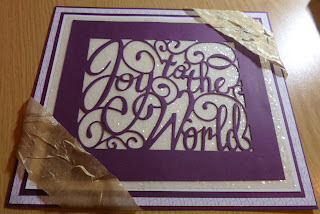 I added a piece of Gold crinkle  ribbon to the top right and bottom left here anquored underneath simply with a piece of double sided tape. 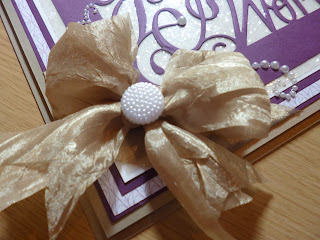 I tied a double bow from the same ribbon , adding it to the bottom left area where I just strapped the ribbon to it. I used a small pearl embellishment for its knot coverage. 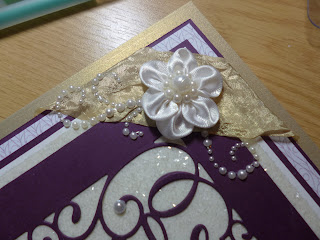 The top right I used a Creative Expressions embellishment white flower to add to the centre of the bow and I had some pearl swirls so I used them to vine out from under the flower instead of using leaves this time. I also gave it a soft gold mat and raised it u on foam and added another layer of gold to finish the backing off. 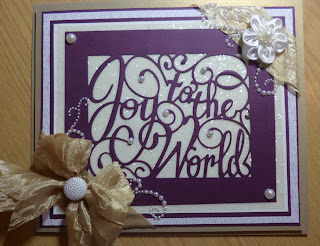 I added some more pearl swirls under the bow and some 8mm pearls to the top left and bottom right corner and the rest were a few 5mm pearls on the design to enhance the swirls in the design. 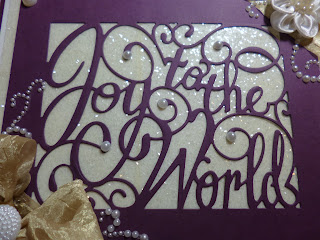 Here is a close up on the central Die piece so you can see Sue's Joy to the world die and also the sparkle shining through and all the added pearls on the design swirls in the central piece. 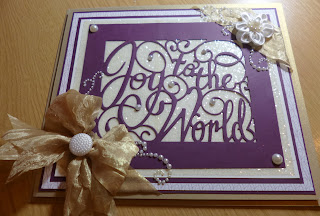 Here is the completed card again.

The die and sparkles I used are 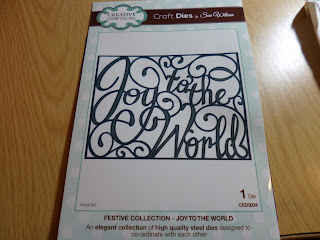 Joy to the world from Sue's festive collection. 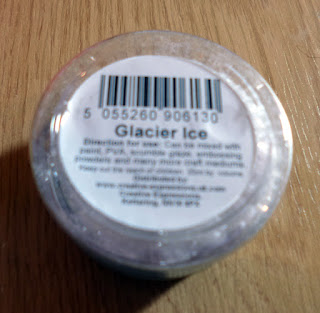 Glacier Ice from Cosmic shimmer for Creative Expressions with the self adhesive sticky sheets. 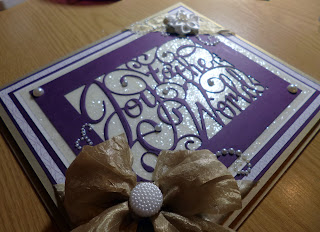 Here you can just see that sparkle hey...

Ok my lovelies thank you for all your kind comments on yesterday's card as always and I will see you all very soon with lots of goodies and news.