Hi All.
So sorry haven't been blogging so much, I have had so many orders to get done that I have gotten a little slow with it, but I really miss coming on a seeing your comments so here I am, I am still making a few items to give to Craftwork card for Christmas and tonight I thought Id use one of their lovely bird house blanks to make up so here it is then I got a flash of inspiration an thought Id turn it into a box haha, so here it is... hope you like it, let me know. 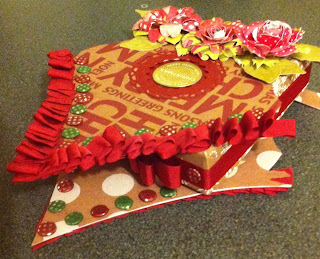 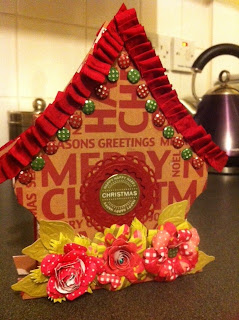 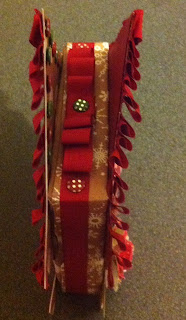 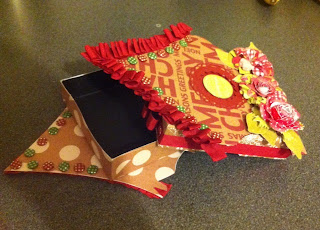 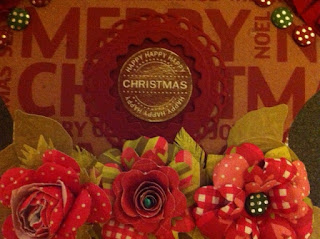 So for this card/box I took my birdbox card and snipped it in half to start and covered both halves in corresponding papers from of course the brilliant Craftwork cards, the lovely Julie Hickey had sent me a big bag of bits to make some Christmas goodies and so I have been making them up but have also had some commissions for artwork to get done, I have been working on a line drawing in pencil of an MG motor vehicle for a guy I work with.And yet another lady is pregnant so another crochet blanket is in the offering.
Anyway back to the card...
I hope that you get chance to come on and have alook If so leave me a comment I don't bite.
Have a great Monday and   hopefully I will get chance to pop on and added the other card I made today.
Love to all
K xx