Pick of the Bunch

I was asked by the lovely Julie Hickey from Craftwork cards if I could make some cards for the great Northern paper craft Extravaganza coming up soon. She gave me a gorgeous pad of paper and frames and new candi so I could have some inspiration as I worked; it was all from the new bohemian range which is glittery goodness and very lovely... Tonight I sat and made two cards which turned out really well with lots of embossing, over stamping and inking/blending which I love.

I have broken it down into a few pics so you get to have a proper look at the embellishments which are in the paper pad which I have inked and curled and moulded, added Versamark and embossing powder, heated, then added mica powder and heated again which allows the mica to sink into the enamel and so becomes permanent, so no rubbing off with handling. 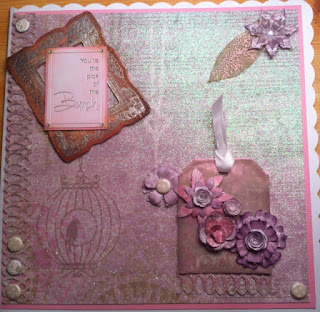 It took a fair while to complete, even though it looks simple because the glittered paper is so beautiful. Julie is also going to ask her friend Nikki up at Leeds to photograph these cards to add to the  craftwork cards blog which is great. Thanks again Julie, such a lovely lady! 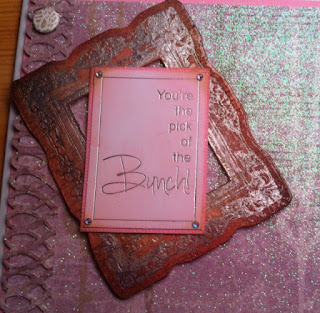 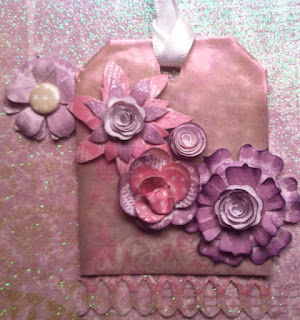 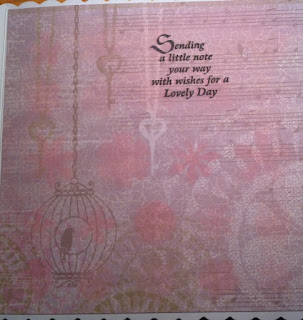 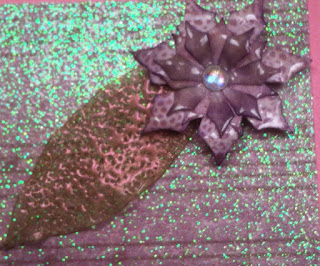 Well it is now gone 2 a.m... I'm sure my son is still partying from his birthday and rightly so! lol But I have to hit the sack as back to work in the morning.

Night bloggers, and I hope you like my card, If you go to the GNPE then I wonder if you will see my card there... Let me know! I have my very own stamp which Clarity stamps made and I love it, I have never had  Polymer stamps so good as Barbara Greys. 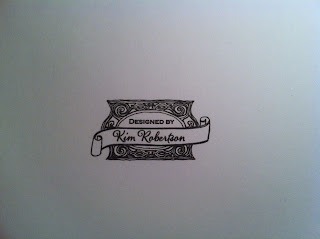 So look out for my stamp if you go to the Craftwork cards stand.. I really wish I was going, I truly would go to every show if I could, and be part of it all.  Big sigh lol.

Have a great weekend and look out also for lots of new posts.
Kim xxxx